Stories of Chocolates and other wonders

Giving chocolate eggs at Easter is one of the sweetest and best-loved traditions and it is a custom with ancient origins that has now spread into western culture. Already in the Ancient World, the egg was regarded as a sacred object with a strong evocative meaning, as the guardian of new life.

The custom of giving eggs has its roots in the culture of pagan peoples, where this symbolic gesture represented a way of wishing fertility, prosperity and rebirth.

If the Persians already used to exchange chicken eggs as an auspicious gesture for the beginning of spring, this tradition spread over time among the Egyptian, Greek and Roman populations, with the letter using to bury a red-painted egg in cultivated land as a ritual to make it fertile after winter.

Why are chocolate eggs given as gifts at Easter?

With the advent of Christianity in the Western world, the egg became associated with the sacred feast of Easter as a way of celebrating the rebirth of Jesus Christ and as a symbol of resurrection and hope in eternal life. The tradition of the egg as an Easter gift spread later in the Middle Ages, and while simple boiled eggs painted and decorated with natural colours began to be given in Germany, the rulers of the time used to commission artificial eggs coated with precious materials such as gold, silver and platinum that were given as court gifts during the holiday.

The birth of chocolate eggs in France

The modern custom of eating chocolate eggs at Easter, on the other hand, originated in the 18th century, when French chocolatier David Chaillou invented the first handmade chocolate egg with cocoa cream. His invention was commissioned by King Louis XIV, who wanted to replace gold with chocolate in the production of Easter gifts at the time and granted his craftsman the exclusive right to sell chocolate in the city of Paris.

The birth of chocolate eggs as we enjoy them today is instead attributed to François Louis Cailler, who in 1819 invented a special machine in his Swiss factory for processing the cocoa

His invention made it possible to process cocoa and turn it into a chocolate paste that could be manipulated into several solid forms, starting with the famous chocolate bars and ending with the popular chocolate eggs.

Who invented the chocolate Easter egg with a surprise?

The invention of the chocolate egg with a surprise is owed to Russian goldsmith and jeweller Peter Carl Fabergé, who in 1887 was commissioned by Tsar Alexander III to make a sumptuous Easter egg to give to Tsarina Marija Fyodorovna. This precious object was decorated with platinum, enamel and stones and as a surprise contained a jewel inside. The mass production of the first empty chocolate eggs was the work of Englishman John Cadbury, who in the late 19th century invented the first chocolate egg with a surprise inside and started to market the sweetest and most popular Easter gift for children and adults alike.

Cioccolatitaliani 's Easter is full of surprises and is ready to amaze you with the sweetness of its handmade chocolate eggs: fine dark, milk and white chocolate covered with crunchy almond, hazelnut and pistachio granules. Discover our Easter Jewels and be enchanted by our special taste combinations: 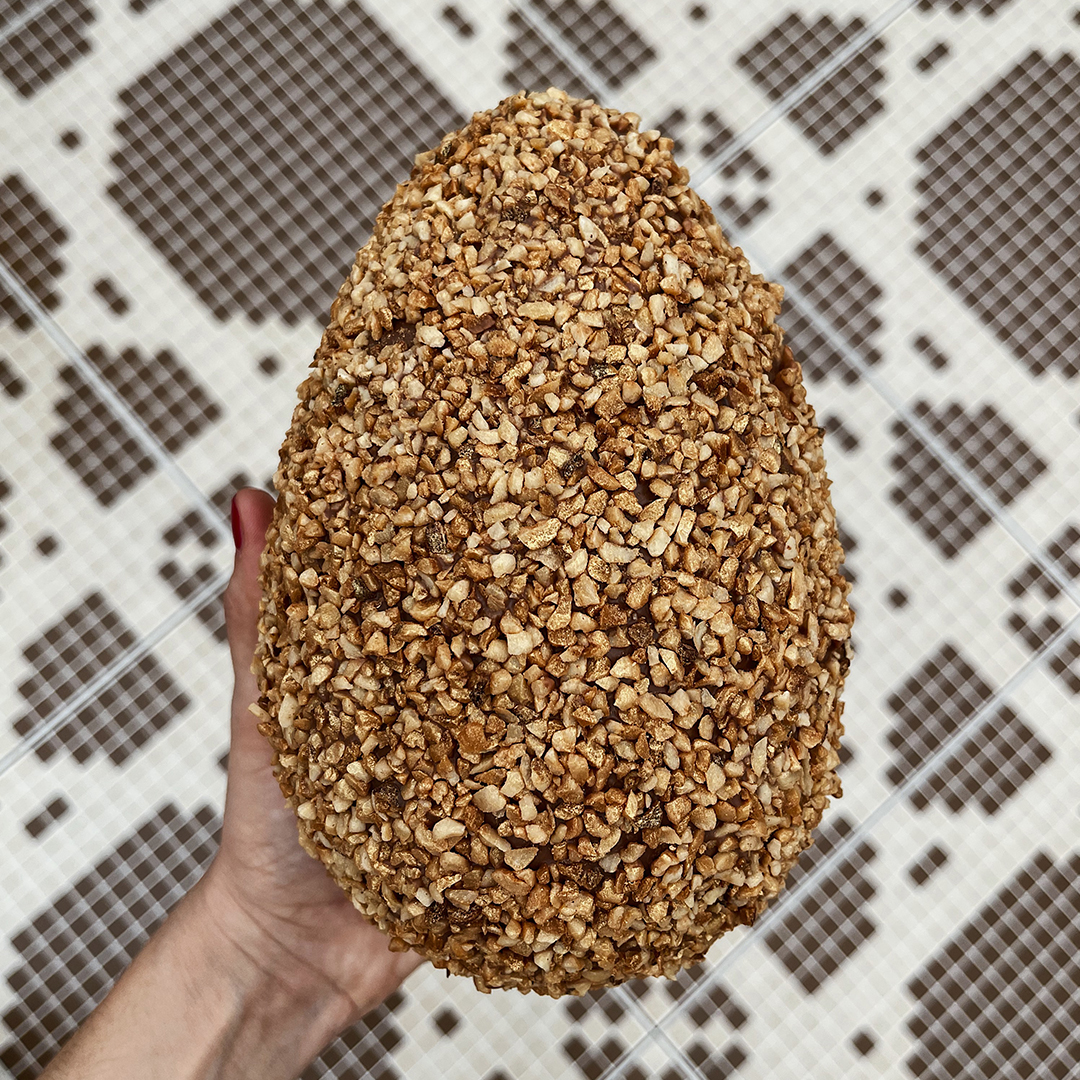 Cioccolatitaliani 's handmade Easter eggs can be purchased in the Duomo and Bicocca shops in Milan or in our online shop: conveniently receive your chocolate eggs at home and inside you will find a special surprise. Curious to find out?